The immune system, represented by white blood cells, defends the organism by fighting pathogens such as bacteria, viruses, fungi and parasites.

It should be noted that a type of T-leucocyte (helper or inducer) plays a fundamental role in activating other leucocytes that will directly fight against infectious agents: 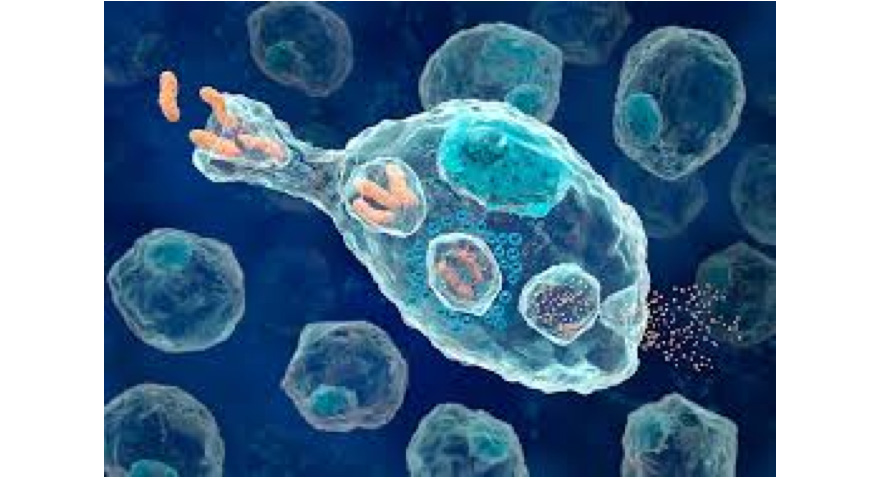 Phagocytosis of a bacteria by a macrophage

A horse will only perform well if he is in good health.
The general health of the horse reflects the functioning of his immune system, which is really put to the test in the athletic horse. Indeed, intense physical exercise is perceived as stress by the organism which will secrete during this type of effort, stress hormones such as cortisol or catecholamines (adrenaline, etc.).
These substances have an inhibiting effect on the immune system (called an immunosuppressive effect). The amount, as well as the length of time these stress hormones are secreted, will have a direct consequence on the immunosuppressive period: a period during which the immune system is lacking, rendering the body more fragile and sensitive to various infections (bacterial, viral, etc.).

The link between a drop in immunity and muscular effort was demonstrated in the study made by Ingrid Waldschmidt (CIRALE-ENVA) called « Impact de l’effort et de l’entraînement sur la réponse immunitaire du Trotteur français » (“<i>The impact of effort and training on immunological reactions in French trotters</i>”)(December 2013).<br /> Her work showed that training, even moderate, had a long-lasting negative effect on innate respiratory immunity, principally on anti-viral immunity.

Therefore, this can explain why, in addition to the fact they run a higher risk of being exposed to viruses (being in contact with numerous other horses), horses in training are more prone to catching viral respiratory infections. Considering that respiratory problems represent the second cause of poor performance after locomotory problems in racehorses, and that they are in relation to a drop in innate immunity, support for the immune system would seem essential during periods of training and competition in the horse.

Beta (1,3 / 1,6) -glucans are extracts from the cell walls of bakers yeast (Saccharomyces cerevisae) whose immunity stimulating properties have been recognised for approximately the last ten years. They have been the subject of hundreds of articles showing that beta glucans induce an intensified immune reaction.

The powerful immunity stimulating effect of beta glucans from bakers yeast is due to their special molecular structure able to activate specific receptor present on the surface of macrophage cell membranes. The activation of macrophages by beta-glucans increases their phagocytosis ability and leads to a modulation in their production of cytokines intervening in innate (immediate) and adaptive (specific) immunity by participating in lymphocyte activation. 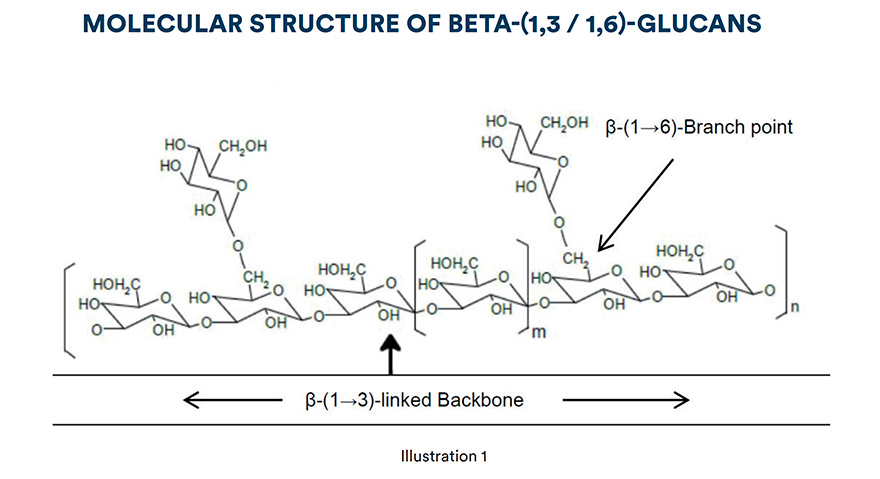 Every study presented below was carried out using identical preparations of beta-glucans (from the same manufacturer) to those contained in our feed supplement IMMUNE (REVERDY).
Furthermore, it’s important to note that the method of administration was always oral.

Studies carried out by Vaclav Vetvicka and coll. on healthy adult dogs (2014), as well as on healthy weaned piglets (2014), notably showed after 14 – 16 days of oral supplementation with beta-glucans (15mg / kg LW / day):

ACTIVATION OF THE ADAPTIVE (SPECIFIC) IMMUNITY

The study by Doctor (veterinary medicine) Claire Leleu (Equi-Test) et coll. (2014) carried out on French trotter racehorses in training, showed that oral supplementation with beta-glucans at a rate of 5 g / day that is, 10 mg / kg LW / day for 90 days, significantly improved response to vaccination in supplemented horses compared to the control group. 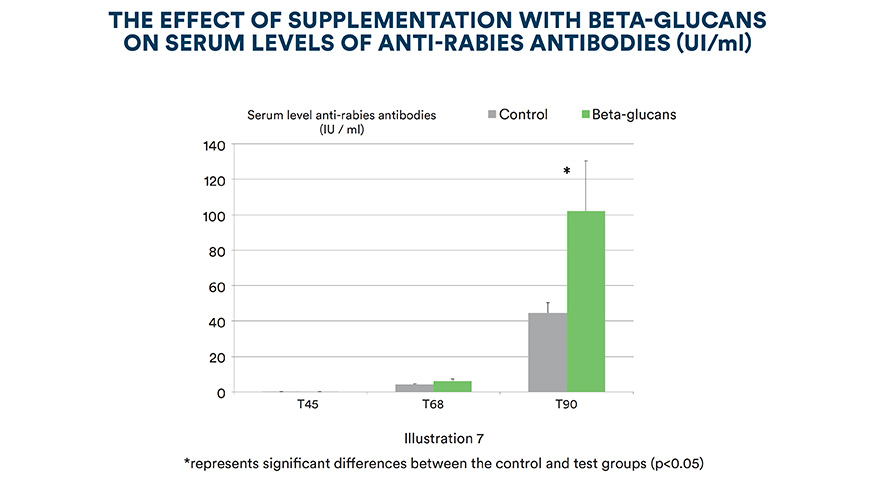 This activation of the adaptive immunity is interpreted by an increased production of specific antibodies (against rabies in the study) following the intrusion of infectious agents into the body (in this case, fragments of the rabies virus in the vaccine).

THE EFFECT OF SUPPLEMENTING WITH BETA-GLUCANS ON ATHLETIC PERFORMANCE

More precisely, the cardiac capability (velocity for a heart rate of 200 beats / minutes (V200)) and aerobic (velocity for a lactate concentration of 4 mmol / L (VLA4)) tended to be higher in those horses supplemented in beta-glucans.

ABSENCE OF SIDE EFFECTS

Finally, the study carried out by Claire Leleu et coll. (2014) showed that supplementation with beta-glucans (identical to those in the supplement IMMUNE), at a level of 5 g / day for 3 months was without danger to horses in so far as they had no negative impact on any haematology or clinical chemistry parameters, nor on any physiological readings taken during the exercise tests.

To conclude, training even moderate has harmful long-lasting repercussions on the immune system, notably on the respiratory tract.
Respiratory problems represent the second cause of under-performance in race-horses and are related to a drop in local immunity.

Consequently, supplementing with beta-glucans, whose immunostimulating properties have been proven in the athletic horse, is recommended during periods of training and competition.

In this way, the use of REVERDY IMMUNE helps support the immune system in the athletic horse with positive repercussions on sporting performance.

Leleu C. and al., Immune effects and safety of an oral beta-1,3/1,6-glucans derived from yeast in racehorses.