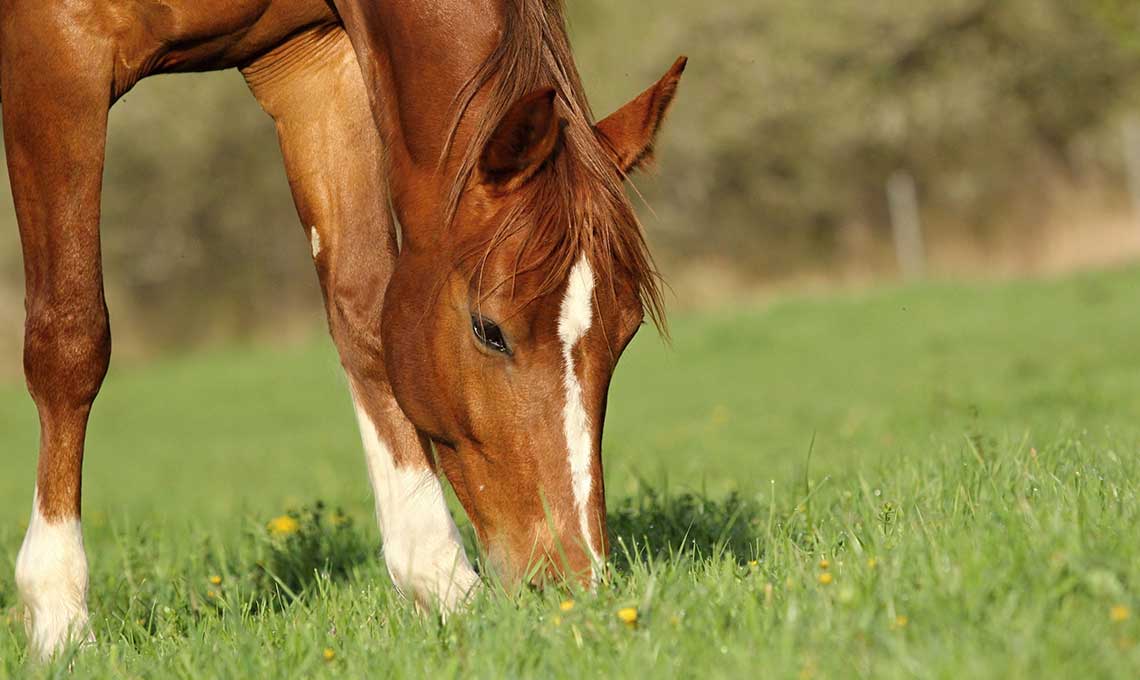 In the horse, perturbation to the digestion can result in acute or chronic diarrhoeas, which are the result of bacterial or viral infections, parasitic infestations, as well as changes to the balance of the intestinal microbiota (also called the “intestinal flora”).
Diarrhoea is a serious condition, which can be particularly dangerous and, in the most severe cases, result in the equine animal’s death.

But, disturbances to the balance of the intestinal microbiota, associated with chronic inflammation, can also lead to a free faecal water syndrome. This is at least one hypothesis put forward by researchers and veterinarians. The droppings in horses suffering from this syndrome are of a normal form and consistency, but are accompanied by an emission of water before or after the droppings are expelled. This is a benign condition and doesn’t stop the horse from leading a normal life. However, it induces aesthetic problems as the tail, as well as the horses hind legs, are continuously dirty, even giving rise to skin lesions, with hair loss in the most severe cases.

The causes behind this syndrome have not yet been resolved, if feeding and parasites have been excluded, it would seem nevertheless that horses under stress are the most at risk.

How to treat a disease for which we do not know the cause?

During the European Workshop of Equine Nutrition (EWEN), which took place in Sweden from the 16th to the18th of August 2018, researchers from the United Kingdom, the Netherlands and Denmark, presented their findings on the impact of faecal transplantation in horses suffering from « free faecal water ».
In practice, researchers mixed droppings from a healthy horse with saline solution and transplanted them, via a nasogastric tube, into the digestive system of sick horses. Following transplantation, they also injected the animals with psyllium. In order to increase the stomach’s pH and thus, limit the effects of stomach acidity on the transferred microbiota, the horses were also administered with an anti-acid (omeprazole). The severity of symptoms was measured using a scale of 0 (no illness) to 4 (maximum severity).
As a result, after fourteen days following transplantation, horses showed an average reduction in the score of symptom severity of 1 point, as presented in the diagram below.

Despite the absence of a “control” group of horses to verify that the improvement of symptoms was indeed treatment related, it would seem that faecal transplantation improves symptoms associated with this disorder.

The choice of donor horse is of particular importance and the quality of his preparation through suitable feeding (good quality forage), along with the help of prebiotic and/or probiotic supplements in order to ensure his microbiota is of optimum quality, can also play a role in the treatment’s effectiveness.

To conclude, if carried out under the correct conditions, faecal transplantation can be helpful to horses suffering from disorders related to intestinal microbiota disturbances.