The REVERDY range proposes feeds offering an optimal coverage of minerals and vitamins requirements regardless of the age or the activity of your horse.

These two elements have a particular involvement in the development and strength of the skeleton.
Furthermore, calcium plays a fundamental and varied role in the organism outside of the bones (cell membrane permeability, muscular contraction, neuromuscular stimulation, blood coagulation, enzyme activation etc.), whilst phosphorus is necessary for energy transfer (ATP), for the synthesis of phospholipids or even, nucleic acids that make up DNA.

The following three rules must be followed for good bone mineralisation:

The calcium to phosphorus ratio of the entire ration (hay + concentrate feed) is a criterion to be systematically verified in order to prevent the appearance of bone ailments. In every case, it must always stay above 1 to avoid sensibility to fractures yet lower than 3 because above this, the assimilation of trace elements (iron, copper etc.) is hampered.

⚠️A relative excess of phosphorus compared to calcium, due to the important use of cereal straights (notably the traditional use of an exclusively oat diet) and/or the use of milling by-products (wheat bran) which contain the aggravating factor of the organic form of phosphorus (phytic acid), is liable to generate a type of secondary hyperparathyroidism (NSH), more commonly known as "Big head" or "Bran disease" (there is a thickening of the head). Bones become demineralised making the skeleton fragile, painful, susceptible to splints, deformities, fractures etc.

Unfortunately, even if this problem has been known for centuries, it stays no less frequent and dangerous in the horse.

This is a major element intervening in most physiological functions: It participates in the metabolism of carbohydrates, lipids, and proteins, boosts the immune system, eases inflammatory and allergic reactions, plays a role in the correct functioning of the neuromuscular and osteoarticular systems and acts as a sedative of the nervous system, the central (like calcium) and also the periphery (the opposite of calcium).

The recommended daily requirements for a horse with an estimated mature adult bodyweight of 500 kg are on average 10 g a day no matter what the physiological stage (maintenance, growth, breeding or work) but it should be known that requirements can reach 20 g a day in horses undertaking very hard work.

Magnesium deficiency is rare, as forage (with the exception of young grass), provides plenty. However requirements are increased in the following cases:
- Excess calcium in the ration, as this decreases magnesium absorption in the small intestine.
- Nitrogen rich diets, because magnesium counteracts (thwarts) the toxicity of ammoniac in the blood.
- Fat enriched diets, notably in saturated fats as these are favourable to the intra–digestive formation of insoluble and indigestible magnesium “soaps”.

Zinc is present in the body associated with a number of enzymes which have an important role concerning:

Recommended daily requirements vary from 40 to 80 mg / kg of dry matter (total ration) per day depending on the physiological stage, knowing that growing youngsters have the highest requirements. Furthermore, it is important to take into account the Zinc / Copper ratio which is optimal at around 2.5 – 3.

Consequently, the feed distributed must contain a sufficient amount of this element, above all for growing youngsters but also, for broodmares at the end of gestation. In fact, during this period, the foetus stores zinc (as he also does for copper, manganese and iron) in his liver which he will then use during the first months of his life. This strategy of storage compensates for the lack of this element in maternal milk. Thus, correctly fulfilling the requirements of broodmares at the end of gestation contributes to a better prevention of osteochondrosis in the future foal.

ABOUT THE WAY IN WHICH WE PROVIDE COPPER AND ZINC

In REVERDY feeds, the trace elements copper and zinc are provided in «hydroxide» form.

These two elements are carried within a crystalline matrix structure, which confers reliable stability. In this way, the copper and the zinc are not in a free state as it is the case when they are found in sulphate form (the traditional way of supplying these elements). Therefore, unable to carry out their pro-oxidant effect within the feed, the “hydroxide” forms allow optimum vitamin preservation. 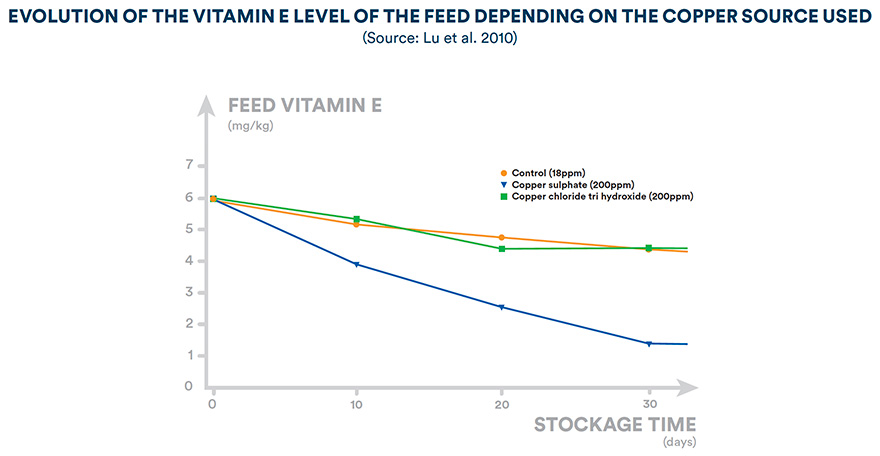 Furthermore, copper and zinc when in chloride tri hydroxide form offer improved bio-availability and are therefore more efficiently absorbed in the small intestine.
Studies, Spears et al., (2004) for copper, and Shaeffer et al., (2006) for zinc, have shown that: 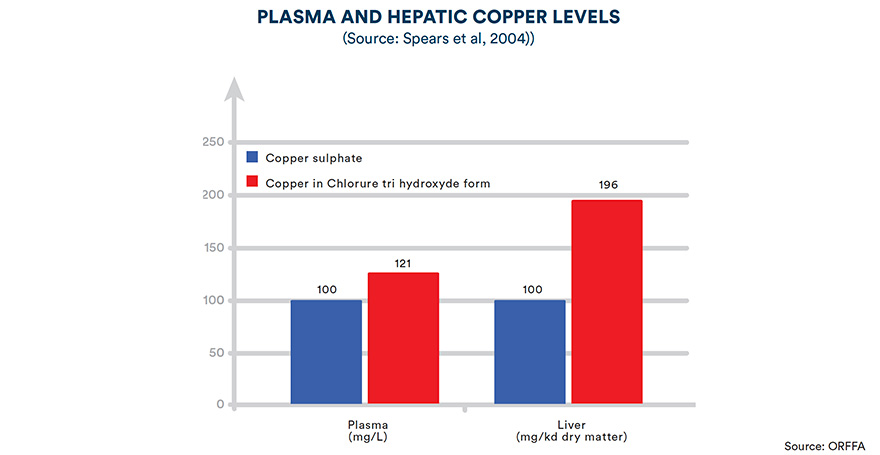 Copper holds an important role at many different levels in the body:

Recommended daily requirements vary from 10 to 30 mg / kg of dry matter (total ration) per day depending on the physiological stage and knowing that growing youngsters have the highest requirements.
Furthermore, it is important to take into account the Zinc / Copper ratio which is optimal at around 2.5 – 3.

Consequently, the feed distributed must contain sufficient amounts of this element, above all for growing youngsters but also for broodmares at the end of gestation. In fact during this period, the foetus stores copper (as he also does for zinc, manganese and iron) in his liver which he will then use during the first months of his life.
This strategy of storage compensates for the lack of this element in maternal milk. Thus correctly fulfilling the requirements of broodmares at the end of gestation contributes to a better prevention of osteochondrosis in the future foal.

Manganese (Mn) has an essential role in:

Recommendations for daily requirements are identical to those of zinc and vary from 40 to 80 mg / kg of dry matter (total ration) per day depending on the physiological stage, knowing that growing youngsters have the highest requirements.

Manganese is present at good levels in forage (1st cut meadow hay = approximately 150 mg / kg dry matter). However its intestinal absorption can be hindered by an excess of calcium. Nevertheless, whilst it has been clearly recognised in other mammals, deficiency has not been observed in the horse.

Iron (Fe) is the element the most frequently associated with muscular effort. Given that it enters into the composition of haemoglobin, it contributes to the transport of oxygen throughout the body via the red blood cells and plays a major role in cellular respiration*, which is primordial for muscular effort.

*Cellular respiration: Chemical reaction which provides the energy needed to enable the cells to function.

Recommendations for daily requirements vary from 40 to 50 mg / kg of dry matter (total ration) per day.

⚠️ Forages are generally very rich in iron (1 kg of dehydrated grass = 525 mg of iron! ; INRA, 2004). The eventuality of deficiency is excluded.

An iron deficiency leads to anaemia (a decrease in the concentration of haemoglobin in the blood). However the reverse is not true, that is to say that anaemia is only rarely a synonym of iron deficiency! Indeed anaemia is most often secondary, due to chronic inflammation or a quietly evolving infection rather than a lack of iron. In fact true anaemia is rare in the athletic horse except for those horses:

❌ A bigger worry in competition horses is excesses resulting from an abusive supplementation in iron in the vain hope of increasing the number of red blood cells to increase the level of sporting performance.

This practice is not justified in the horse. Effectively, Lawrence et al. (1987) did not succeed in proving an increase in the levels of haemoglobin, haematocrit, or blood iron in horses supplemented with high doses of iron. Finally high Iron supplementation can have harmful consequences:

This element enters into the composition of thyroxin (T4) and triiodothyronine (T3), two hormones having powerful effects on the health of the horse. Amongst their actions, they contribute to:

Recommendations for daily requirements vary from 0.1 to 0.3 mg / kg of dry matter (total ration) per day it should be known that iodine requirements evolve in parallel to the secretion of thyroxin which increases with the intensity of the metabolism and when it is necessary to fight the cold (maintain body temperature).

⚠️ The risk of deficiency is quite rare (1st cut meadow hay = 0.1 to 0.3 mg / kg dry matter) except if the ration contains substances having an anti- thyroid effect, notably present in cabbages or oil seed rape.

As a general rule, providing iodine in the ration is advised, especially in broodmares at the end of pregnancy, this is to avoid exposing the new-born foal to the following problems:

Finally, it would seem that iodine deficiency shows itself by fertility problems in mares. A study (Kruzkova, 1968) showed that broodmares suffering from anovulation (no ovulation) responded favourably to iodine supplementation.

❌ The horse is extremely sensitive to excess dietary iodine. The maximum acceptable dose recommended by the NRC (1980) is 5 ppm, which is the equivalent of 50 mg of iodine per day for the average horse eating 10 kg dry matter.

Selenium is a powerful antioxidant. It has an important role in:

Le Selenium (with vitamin E) protects all the cells, and in particular:

Recommendations for daily requirements are identical to those of iodine and vary from 0.1 to 0.3mg / kg of dry matter (total ration) per day. The supply of selenium must be optimal especially when the ration is rich in polyunsaturated fatty acids (provided by oils) as the latter are very sensitive to oxidation.

⚠️ Forages tend to be poor in selenium, deficiency is possible.

Selenium deficiency can lead to:

❌ Toxicity appears from 3 ppm which equates to 30 mg of selenium a day for an average horse eating 10 kg of dry matter. This is a very low dose; however the security coefficient (useful dose/toxic dose) is about 10, in other words similar to the other trace elements.

As previously explained, selenium is a powerful antioxidant playing a major role in protecting the organism. Therefore, it is essential to optimally fulfill requirements in the horse.

In feeds, selenium is generally provided in one of two forms:

Henceforth, in order to ensure optimum cover of selenium requirements, we will be using a new supply source composed of 100 % digestible L-selenomethionine. 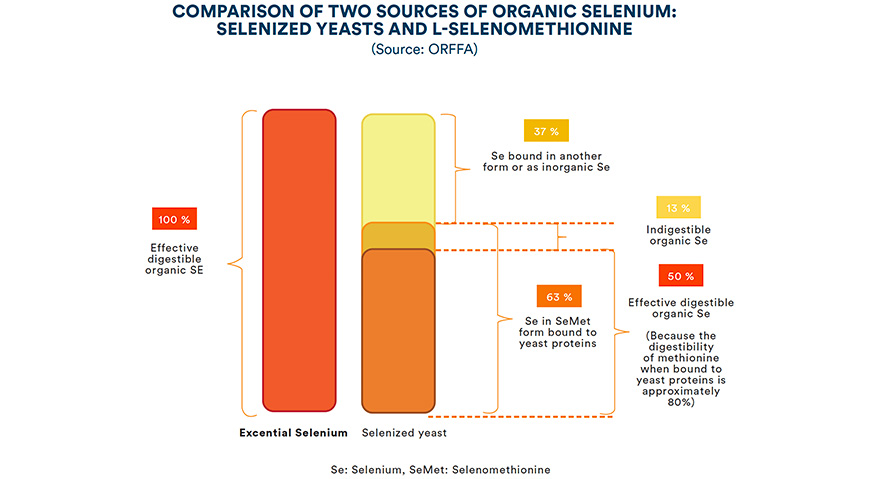 THE ADVANTAGES OF SUPPLEMENTING WITH L-SELENOMETHIONINE

If the animal is faced with considerable oxidative stress (intense muscular effort, infection, etc.), selenium stored in the form of L-selenomethionine is able to be mobilized in order to protect the organism in an optimum manner. Indeed, it enters into the composition of a fundamental anti-oxidant enzyme, Glutathione peroxidase, whose action compliments that of SOD and vitamins E and C.

Finally, providing an organic selenium that is 100% digestible is of interest in broodmares as this form is transferred more efficiently to colostrum and milk. Thus, as an anti-oxidant, it contributes to better health of the foal under the mother (the fight against infection, preventing acquired myopathies such as “white muscle disease” etc.). 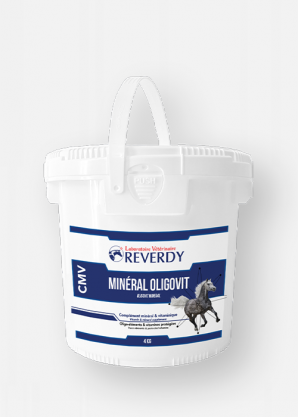 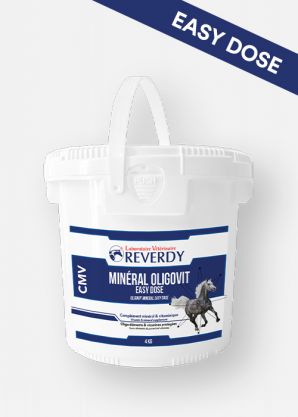 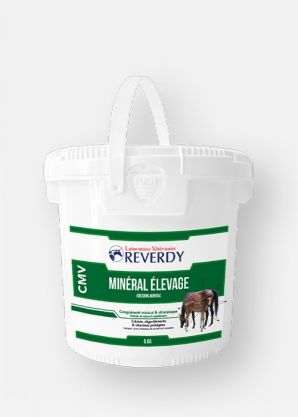 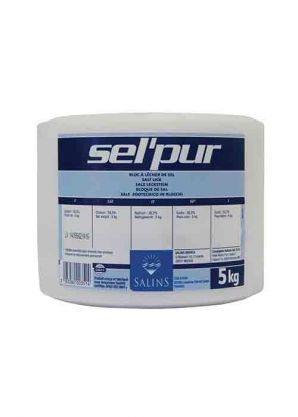