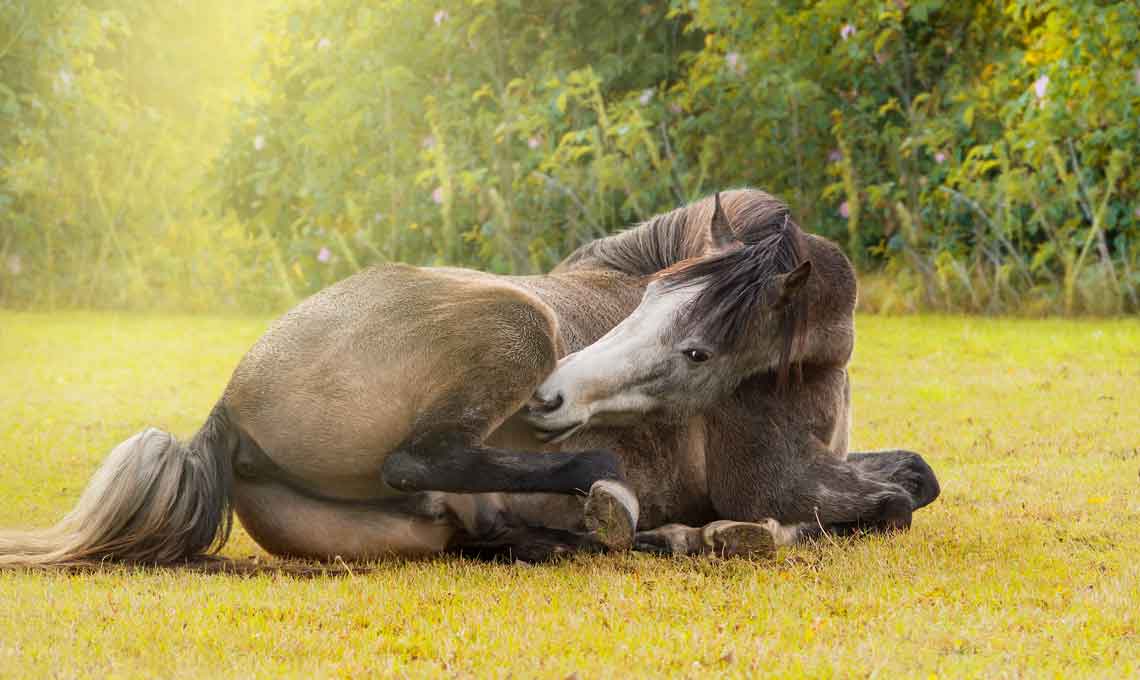 "My mare has episodes of colic..."

"My mare colics in the hours that follow a stressful event (being separated from her foal, travelling, being turned out to grass after a long spell being stabled…). She suddenly starts to swell up and unfortunately this is a reoccurring event.  Should I change something in her feeding in order to help limit these episodes of colic?"

It would seem that your mare has a sensitive microbiota (= gut flora) that can be very quickly disrupted by an emotional or dietary stress.
There is very little scientific research on the subject, however one study has demonstrated that mares who had colics following foaling, showed changes in the proportions of intestinal bacteria in the days proceeding the colics1. It would seem that a link exists between the microbiota and episodes of colic.

In this case, the hypothesis would seem to be that certain bacteria develop more than others following a stress, and therefore are at the origin of a large production of gas, causing pain and having serious consequences for the mare.
Emotional stress and dietary stress (a sudden dietary change without a transition) have an influence on the intestinal microbiota and, this influence can be of more or less of importance depending on the initial bacterial balance in the horse2,3.

In this case, stress for the mare must be kept to a minimum:

We also recommend adding Flora feed supplement to the diet (up to 3 measures may be given daily). This will supply postbiotics, in the form of assimilation factors obtained from the lactic fermentation of germinated barley grains and organic cereal ferments, whose role is to feed the “beneficial” microbiota, as well as probiotics, in the form of live yeast with the aim of maintaining an optimal microbiota balance for a healthy digestive system.