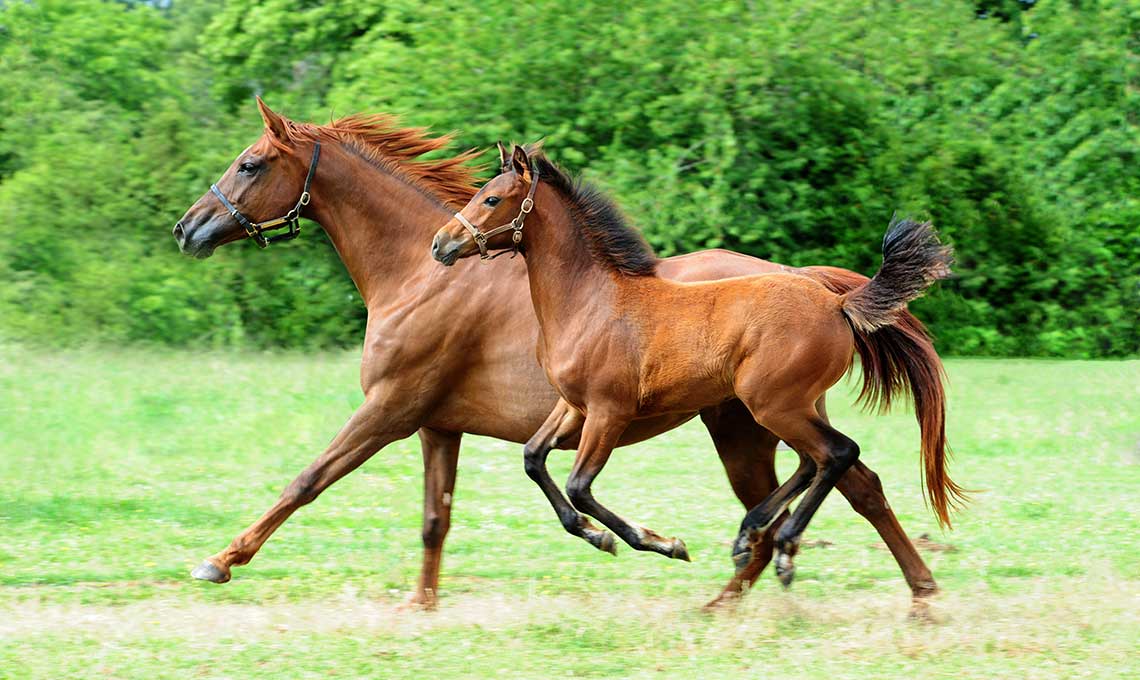 Osteochondrosis in foals - 15 months against OCD

How can osteochondrosis be controlled in the foal?

L’Osteochondrosis is a multifactorial disease. This means that there are many factors that come into play such as genetics and the foal’s living conditions. For example, foals having moderate and regular activity (walking) are at less risk of developing osteochondral lesions than foals confined to stables or the opposite than those undertaking regular sustained work even if controlled (ex: pre-breaking).

In the same way, the diet of brood mares and youngsters is primordial to ensure optimal growth and development and thus guard against the onset of osteochondrosis. To that end, it is advisable to:

Providing your foal with the best possible living conditions, is to ensure good health when he becomes an adult. And this involves in particular a balanced and adapted diet from the gestation of the mare. The Reverdy breeding range has been developed to optimally cover the needs of growing broodmares and foals. You will find below the feeding program that we recommend in order to limit the development of osteochondrosis in your breeding. In addition to the feeds and supplements recommended below, it is important that your horses have unlimited quality haygrass as well as clean water and a pure salt stone. Likewise, during the grazing season, the rations presented below should be reduced or even discontinued temporarily as long as grass is abundant. 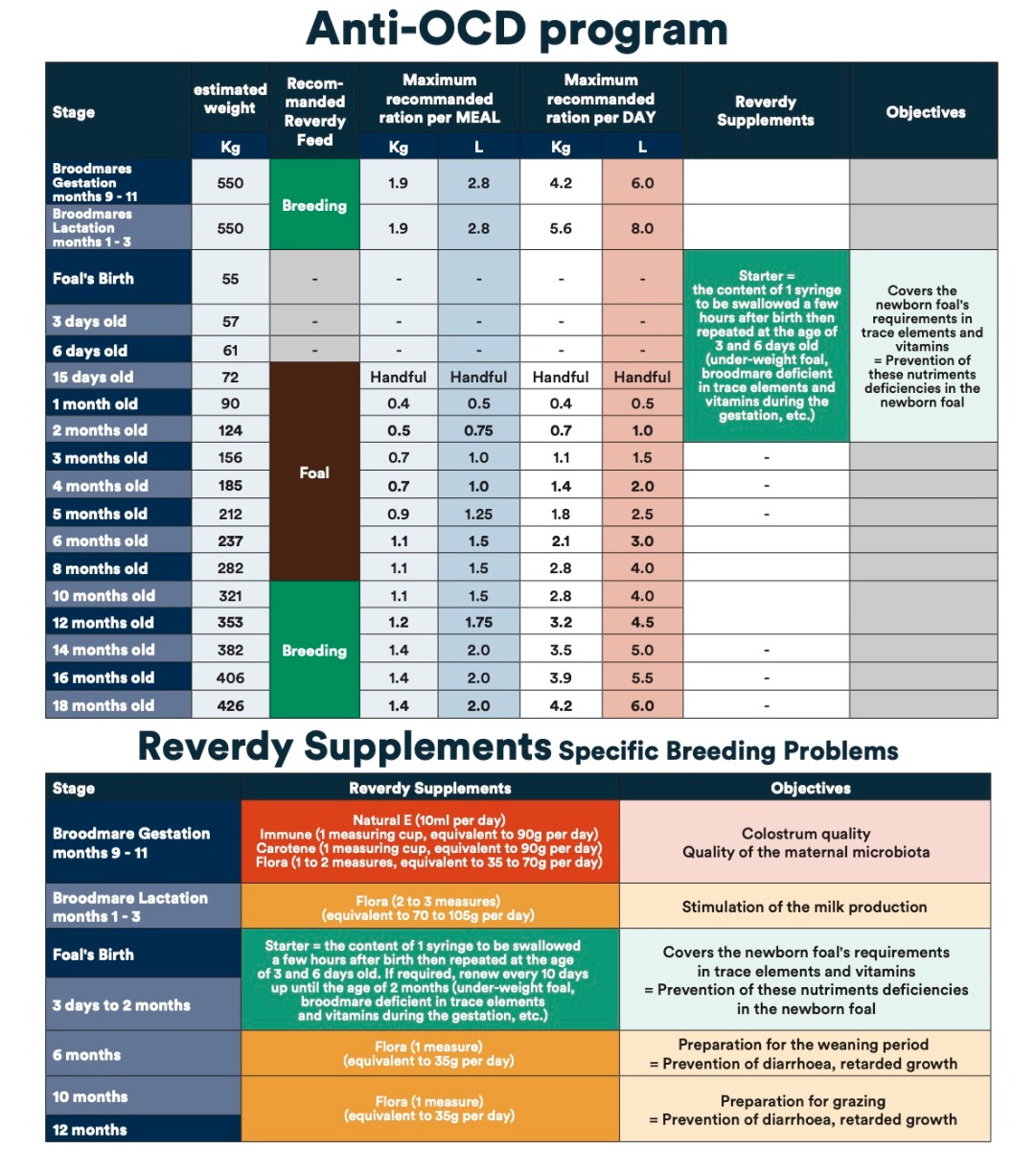 Horse feeds and supplements for breeding