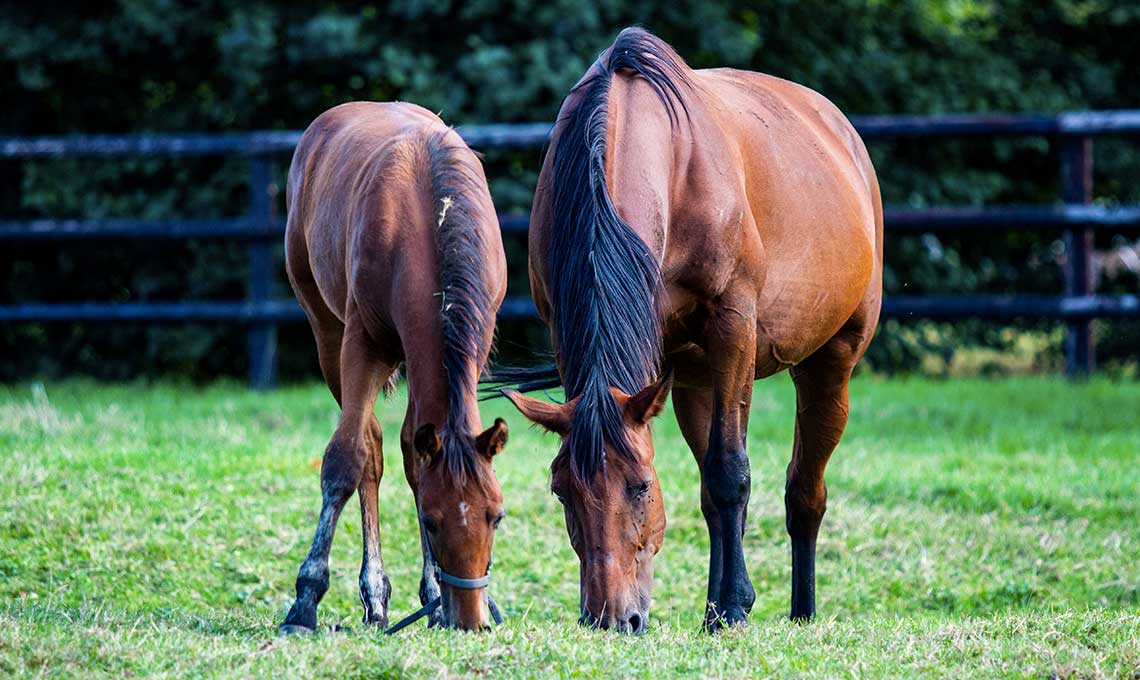 "My mare’s due to foal at the end of the winter, she’s currently being fed hay and a concentrate feed, and is regularly turned-out in a paddock without grass, I don’t have the possibility of grass turn-out. What supplements should I give in order to improve the quality of her colostrum?"

It is vital that the new-born foal rapidly drinks (within 12 hours following birth) his mothers’ colostrum. Indeed, at birth, the foal's immune system is immature. This means that it is not yet able to fight effectively against pathogens. Colostrum is the “first milk” of the dam and composed of:

Which supplements can be given to a mare during the last month of gestation to improve the quality of colostrum?

To find out more:

1. Kuhl, J. et al. Effects of oral supplementation with β-carotene on concentrations of β-carotene, vitamin A and α-tocopherol in plasma, colostrum and milk of mares and plasma of their foals and on fertility in mares. J. Anim. Physiol. Anim. Nutr. (Berl). 96,376–384 (2012).

3. Krakowski, L. et al.. The effect of nonspecific immunostimulation of pregnant mares with 1,3/1,6 glucan and levamisole on the immunoglobulins levels in colostrum, selected indices of nonspecific cellular and humoral immunity in foals in neonatal and postnatal period. Vet. Immunol. Immunopathol. 68, 1–11 (1999).