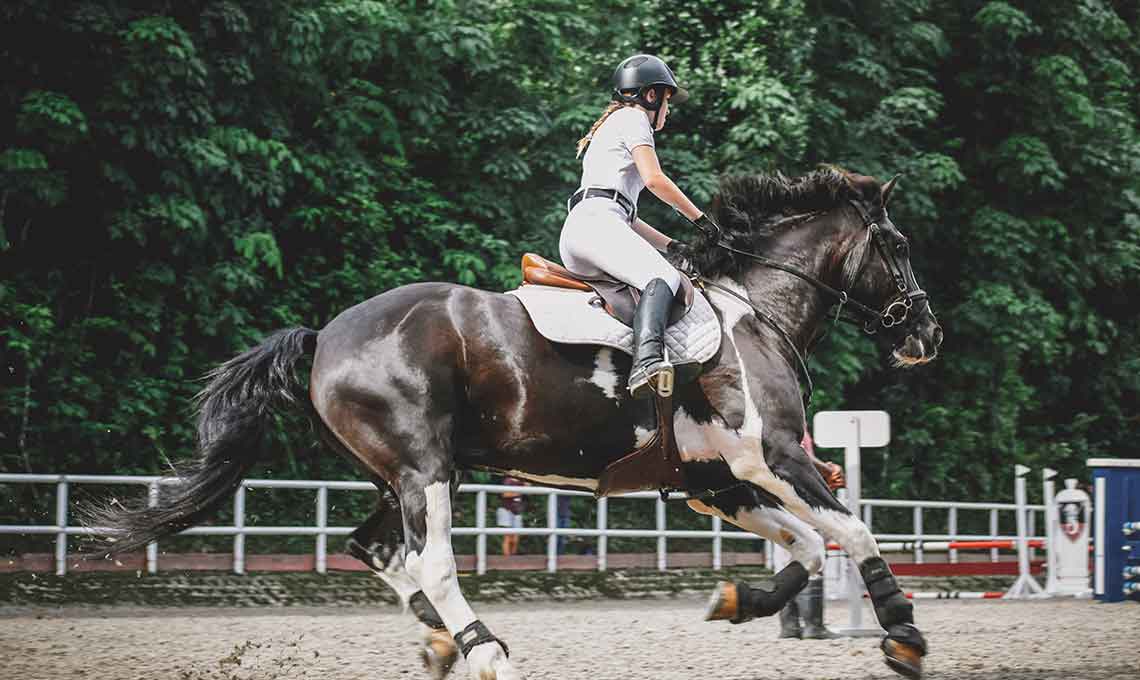 Changing the diet is beneficial alongside treatments for gastric ulcers

Numerous scientific studies have shown that the horse’s environment plays an essential rôle in the development of gastric ulcers.
Indeed, lack of access to water, a diet deficient in forage (fibres), too rich in cereals and in starch as well as too frequent and / or too intense exercise sessions are associated with this disorder. The usual treatment consists of administering omeprazole, a molecule that reduces the stomach acidity, for about a month.Often, in addition to the pharmaceutical treatment, changes in feeding habits are recommended, but the efficacy of these recommendations have yet to be evaluated.

During the 12th International Equine Colic Research Symposium, that took place in the United States of America from the 18th to the 20th of July 2017, researchers from Denmark, Spain, and the United Kingdom presented their findings on the effects of a dietary change on healing gastric ulcers.

Thirty two horses and ponies suffering from relatively severe gastric ulcers (with a score of at least 3 out of 4), in hard work, were studied. Half the animals remained on their usual diet, whilst the other half saw their diet modified: hay, fibre and fats were increased and the quantity of starch was reduced.
The horses were treated with omeprazole for 4 weeks. Then, for the 6 weeks that followed, treatment with omeprazole ceased, but the horses continued to receive either their usual diet, or their new diet. Throughout the study, the horses and ponies continued to be worked hard.

No matter the diet, the omeprazole based treatment was effective, the horses showing an average severity score of 1 out of 4 at the end of 4 weeks of treatment, this corresponds to superficial uncomplicated lesions.

However, 6 weeks after stopping treatment:

These results are encouraging. Despite precision in regards to the diets and thus, of the quantity of starch and forage fed per meal, they confirm that treatment alone is not sufficient to treat ulcers in the long term.

To conclude, these results indicate that a suitable diet, rich in forage, poor in starch and rich in fats plays an important role in maintaining the beneficial effects of gastric ulcer treatments, particularly in working horses.